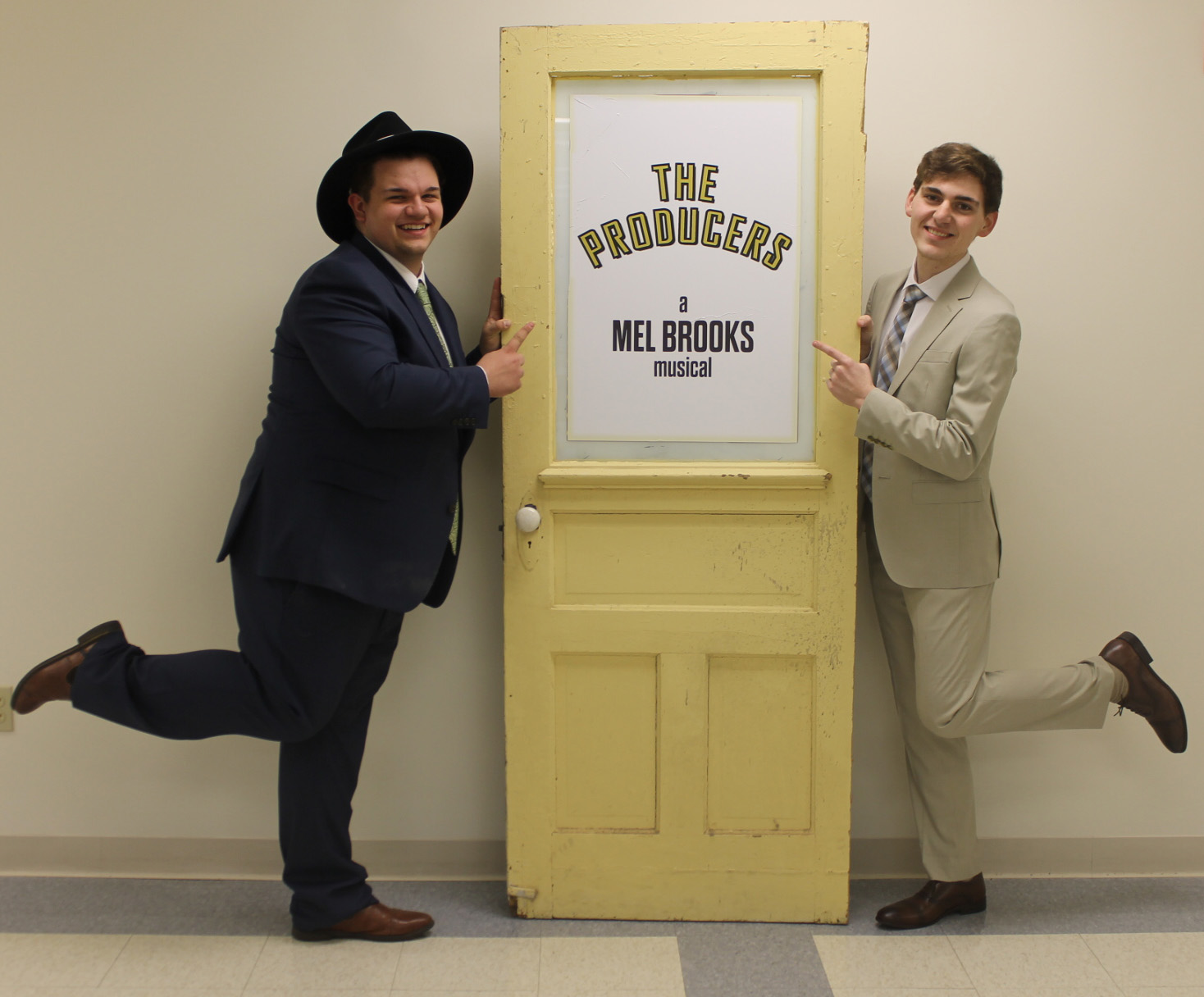 The Producers is the hilarious story of a scheming producer, Max Bialystock (Alex McRoy of Harrisburg) and his mousy accountant, Leo Bloom (Jordan Richey of Benton) aiming to produce the biggest flop on Broadway in a laugh-out-loud musical based on Mel Brooks’ classic comedy film.  As a Broadway musical, The Producers set the standard for outrageous, in-your-face humor, winning a record twelve Tony Awards.

The Producers includes massive show-stopping numbers including “The King of Broadway,” “I Wanna Be a Producer,” “When You Got It, Flaunt It,” “Springtime for Hitler,” and “Prisoners of Love.”

“It’s a very exciting and humbling experience to have the opportunity to play one of Nathan Lane’s most iconic characters,” said McRoy.  “He has such a distinct style and way of acting that is so fun to get to replicate in my own way.  Also, Mel Brooks is one of my favorite playwrights.  His scripts are always over the top funny and light hearted; audiences always love them, and I hope ours does too.”

Taryn Herman, a former SIC student, took time out of her busy schedule to choreograph The Producers.  Formerly of Benton and currently living in Portsmouth, New Hampshire, Herman has worked in many different theatres as a director and choreographer. On the long list of accomplishments, her latest shows have been: Seussical the Musical at Weathervane Theatre and Winter Wonderettes at Seacoast Repertory Theatre, both in New Hampshire. Her newest project is directing and choreographing The Producers at Seacoast Repertory Theatre.

Costumes will be designed by Janet Hart and Gareth York.  John Hart of Hart’s Music in Harrisburg will once again provide the sound equipment.  Aaron McRoy of Harrisburg will be the stage manager for The Producers.