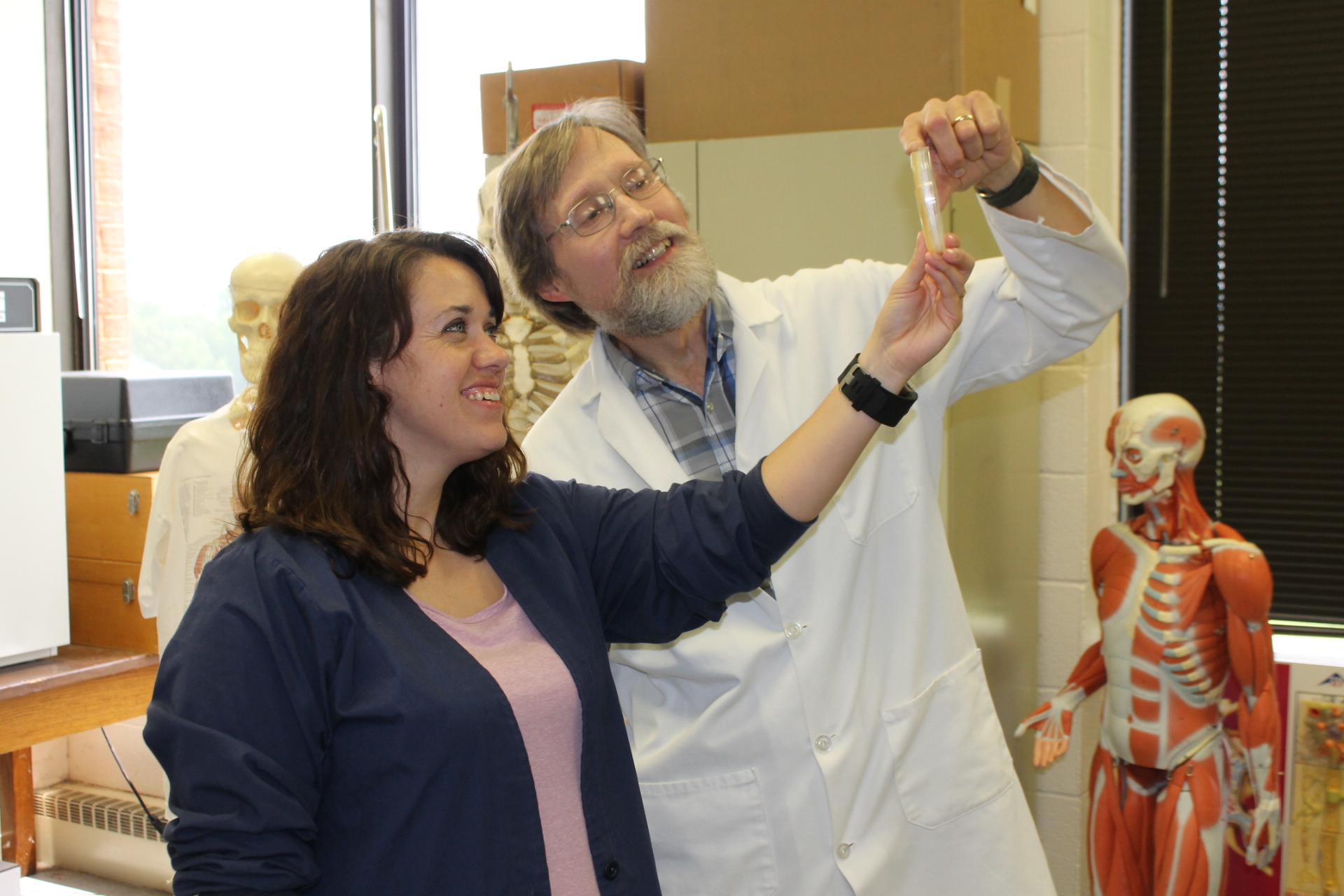 Biology instructor, John Shultz has been selected by a vote of his peers as the Loren P. and Velma Dallas Outstanding Teacher of the Year at Southeastern Illinois College for 2017-18.

Criteria for the award include at least three years of full-time employment; participation above and beyond classroom assignments; competence in one’s field or discipline; continuing one’s education and participating in professional development activities; rapport with students; personal commitment to higher education and the transfer of knowledge to students; upholding and encouraging ethical behavior of self and students; and giving freely to prepare students for their chosen careers.

Shultz is a graduate of Lincoln Land Community College where he received his Associate of Science in 1976. He then went on to Sangamon State University, now known as University of Illinois, Springfield, where he obtained a Bachelor of Arts in Biology. While working for the Illinois Environmental Protection Agency in Champaign, Shultz decided to once again further his education. In 1982, he completed his Master of Science in Zoology at South Dakota State University.

Shultz started working as a full-time faculty member at SIC in 1989 and will retire May 31, 2018. In addition to teaching biology, Shultz has taught chemistry and math courses. He also developed Biology 141- Environmental Science and Biology 242- Microbiology and has continued to teach both since their inception in 1995. In his time at SIC, Shultz has taught approximately 5000 students.

“In my teaching, I’ve always tried to encourage students to more completely develop study habits and a professional work ethic,” said Shultz. “A solid, traditional work ethic will obviously help students as they continue with their academic programs and as they transition into their careers.”

Not only is Shultz a stand-out instructor, he is a true team player. Shultz has served on countless SIC and state-wide committees, panels and state-wide organizations.  He also helped co-sponsor the SIC Math and Science Club from 1989-1992.

During his 29 years at SIC, Shultz received awards for his hard work. In 1999 he received the National Institute of Staff and Organizational Development Award of Excellence based at the University of Texas, Austin. This is also his second time receiving this award. In 2003 he was awarded the Loren P. and Velma Dallas Outstanding Teacher of the Year at SIC and was nominated for the Illinois Community College Trustees Association (ICCTA) Outstanding Faculty Member Award.

“I greatly appreciate receiving this honor from my faculty colleagues,” said Shultz. “It’s a nice way to wrap up my career. I have always been proud to be associated with such a fine group of dedicated professionals and to be part of a college that literally transforms the lives of its students.”

SIC President, Dr. Jonah Rice said, “John is a true gentleman scholar, someone who is professional and personable to all. He has a great heart for students and his colleagues. I consider John a real friend and SIC will be losing a pillar among the faculty.”

Lorna Dallas-Brown, who lives in New York and England, and the late Ellen Wiggins, daughters of the late Loren P. and Velma Dallas of Carrier Mills, established the Loren and Velma Dallas Outstanding Teacher Award in honor of their parents in 1996.  Their father, a founding member of the Southeastern Illinois College Board, was passionate about education.  Loren and Velma Dallas gave tirelessly to young people and wanted to provide opportunities for higher education in southern Illinois.  Each year the Dallas endowment through the SIC Foundation awards $500 to the Outstanding Teacher of the Year.