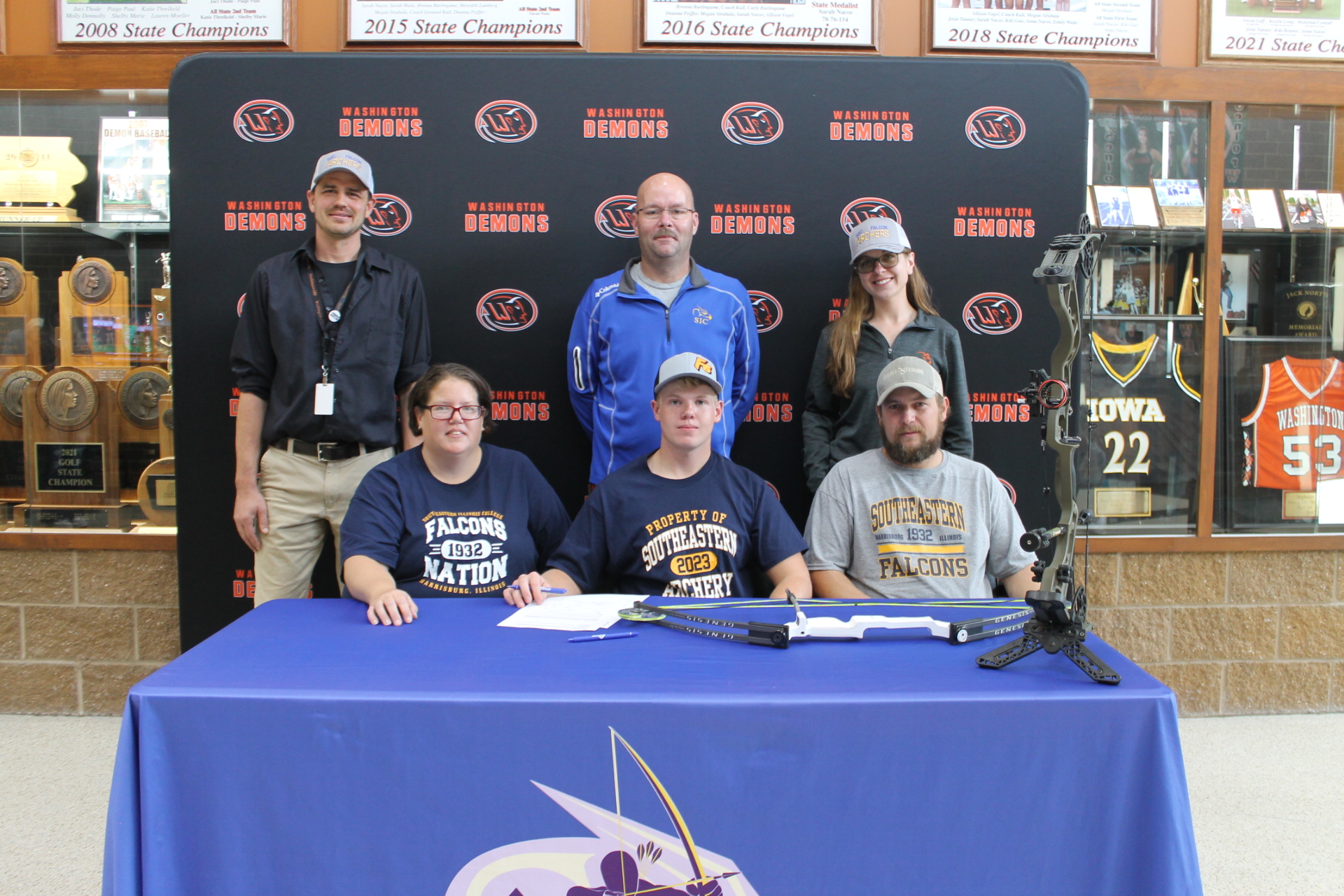 Throughout his high school career, Moore received several awards including the 2021-2022 3D WHS Shooter of the Year and was also named the Jet Physical Therapy Athlete of the Week in March 2022. He is a member of the NASP, S3DA, NFAA, ASA, and USA/JOAD Archery as well as a member of Flint River Archery Club and Washington County Archers.

In 2022, he captured a 5th Place finish at the IL S3DA 3D state tournament while shooting with the Flint River Archery Club. Later in the year, he took 6th place in the Iowa State Bullseye with a 290. Under Washington High School NASP coaches Chantelle Helfrich and Jim Peterson, Moore had three 1st place finishes and three 2nd place finishes in bullseye season and two 1st place finishes and one 2nd place finish in archery season. Through his nine year run with NASP Archery, he made six appearances at the state championships. SIC Head Archery Coach Ricky Sauls is excited to add another accomplished archer to his team in 2023.

“Jonathan will make a great addition to the SIC Archery team.  He is always striving to get better and though he has accomplished some great things through archery I am confident this is just the beginning of Jonathan’s accomplishments in life.” Sauls said. “He will make the whole team better by just being a part of it.”

While Moore will soon move to Illinois to continue his archery career, his longtime archery coaches Zach and Denissa Cornick from Flint River Archery S3DA are confident that his legacy in Iowa will not soon be forgotten.

“Jonathan has been an incredible asset to the Flint River Archery S3DA team and a great role model for his teammates. His accomplishments and sense of leadership have given his younger teammates something to strive for. Even as we are sad to see him go, we are excited to see all he will accomplish in his continuing archery career and in this next chapter of his life.”

Moore becomes the first ever Washington High School graduate to receive an archery scholarship. While at SIC, he plans to major in the OWL program.