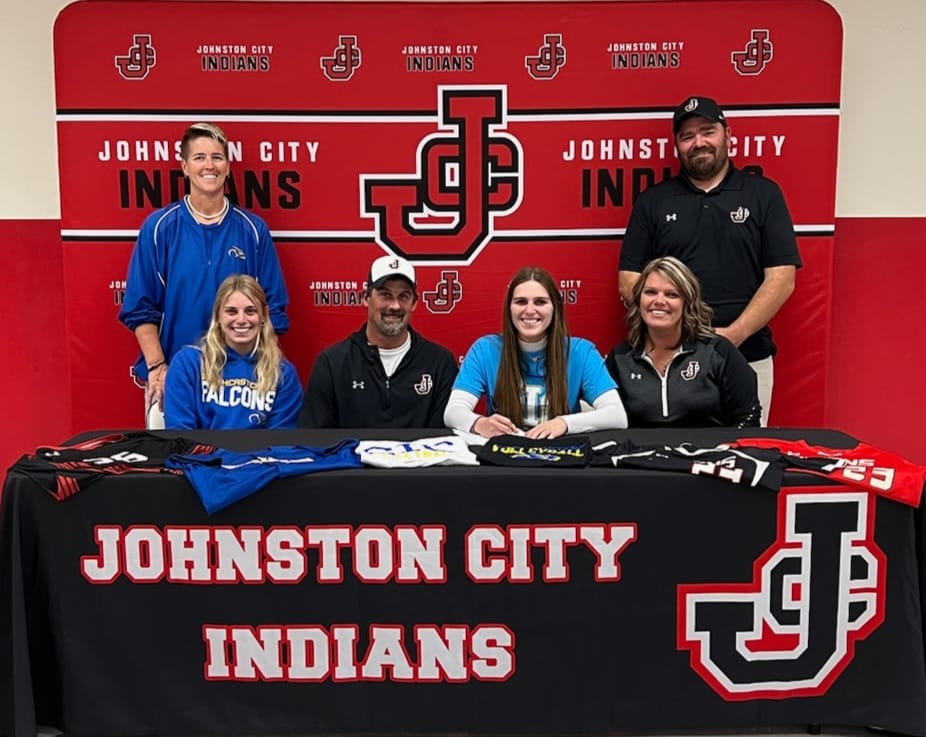 HARRISBURG, Ill. – Bailey Weber of Johnston City High School has signed her letter of intent to continue her academic and athletic career at Southeastern Illinois College. Weber, a dual-sport standout in volleyball and softball, will play both sports for the Falcons during the 2023-2024 academic year.

Known as a middle-hitter on the hardwood and a third baseman on the field, Weber becomes the first signing for both teams’ 2023 recruiting class. Head coaches Jon Watts (volleyball) and Maggie Calcaterra (softball) are excited for the addition to both programs.

“Bailey will provide added offense to our team as well as the ability to strengthen our blocking game,” said Watts. “We are very excited to have her join the Falcon Volleyball Family.”

Weber will follow the footsteps of her sister Madison who is currently a sophomore on the SIC softball team. Coach Calcaterra says that she is excited to have the opportunity to coach another member of the family.

“I am happy to add another Weber to our program.” said Calcaterra. “Like Madison, Bailey knows the game well. She should be able to step in and help us from the beginning.”

Calcaterra goes on to point out that while there are some similarities, Bailey brings something new to the Falcons roster.

“As much as they are alike, the sisters have very different personalities and playing abilities. I am looking forward to working with Bailey”