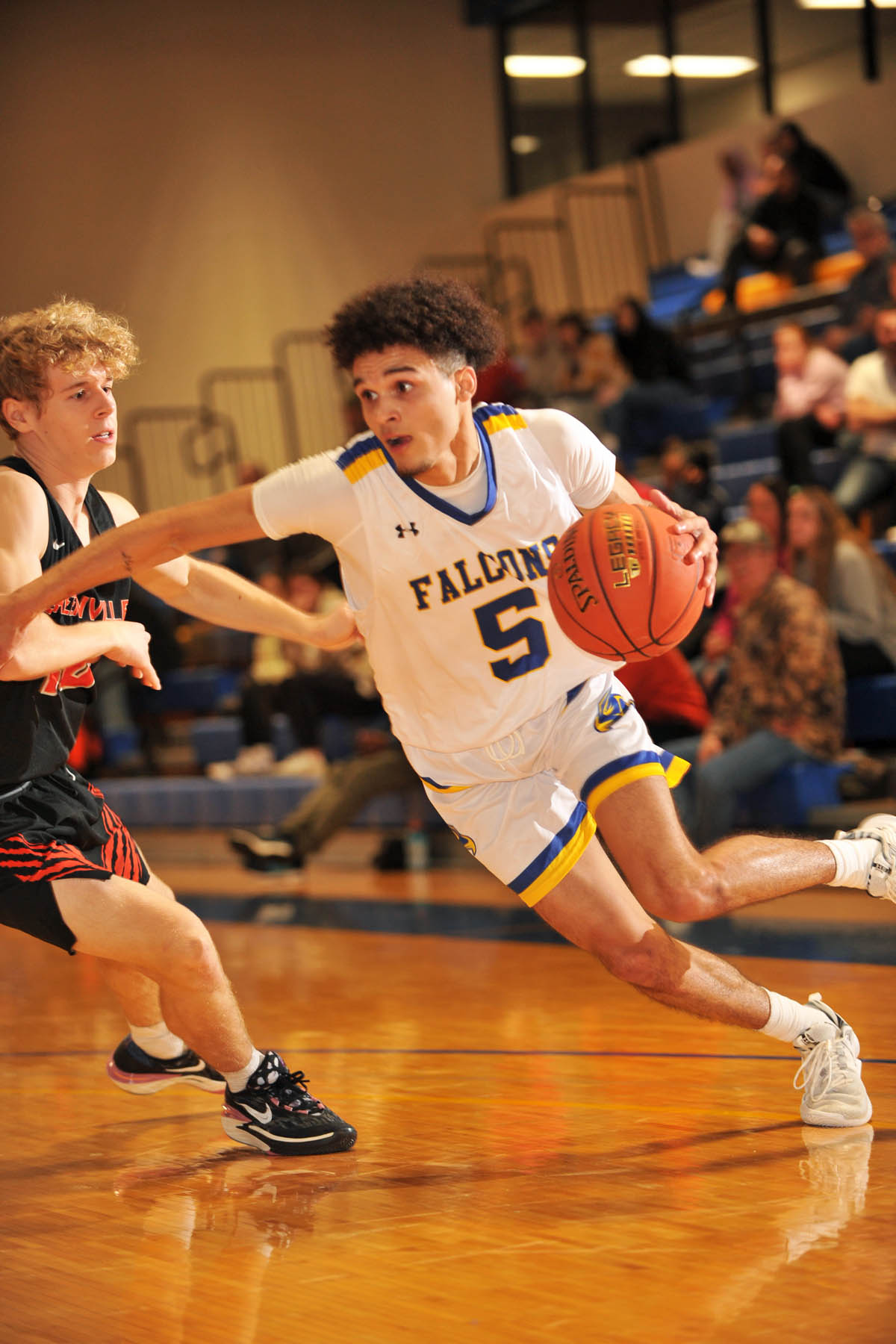 Anthony, originally from Herrin, Illinois, led the Falcons in several statistical categories over two games in the week. In the home opening win over Greenville University, Anthony had 24 points, 7 assists, 7 steals, and 3 rebounds to boost the Falcons to a 119-91 win. In a Friday night contest against Kaskaskia College, Anthony impressed again with 31 points. He added 11 assists, 4 steals, and 2 rebounds and shot an efficient 11-14 from the free-throw line.

The honor was awarded after a week of voting from the USCAA national office and member athletic directors and coaches. Anthony edged out players from several other USCAA member schools including several from four-year programs that compete as NCAA Division Two, Three and NAIA teams. Of the award, Anthony said “I’m thankful to receive such a prestigious honor especially early in the season. Winning this award wouldn’t be possible without teammates and coaches who believe in my ability and push me to be better every day. I hope to build on this and continue to see success as a team as the season goes on.”