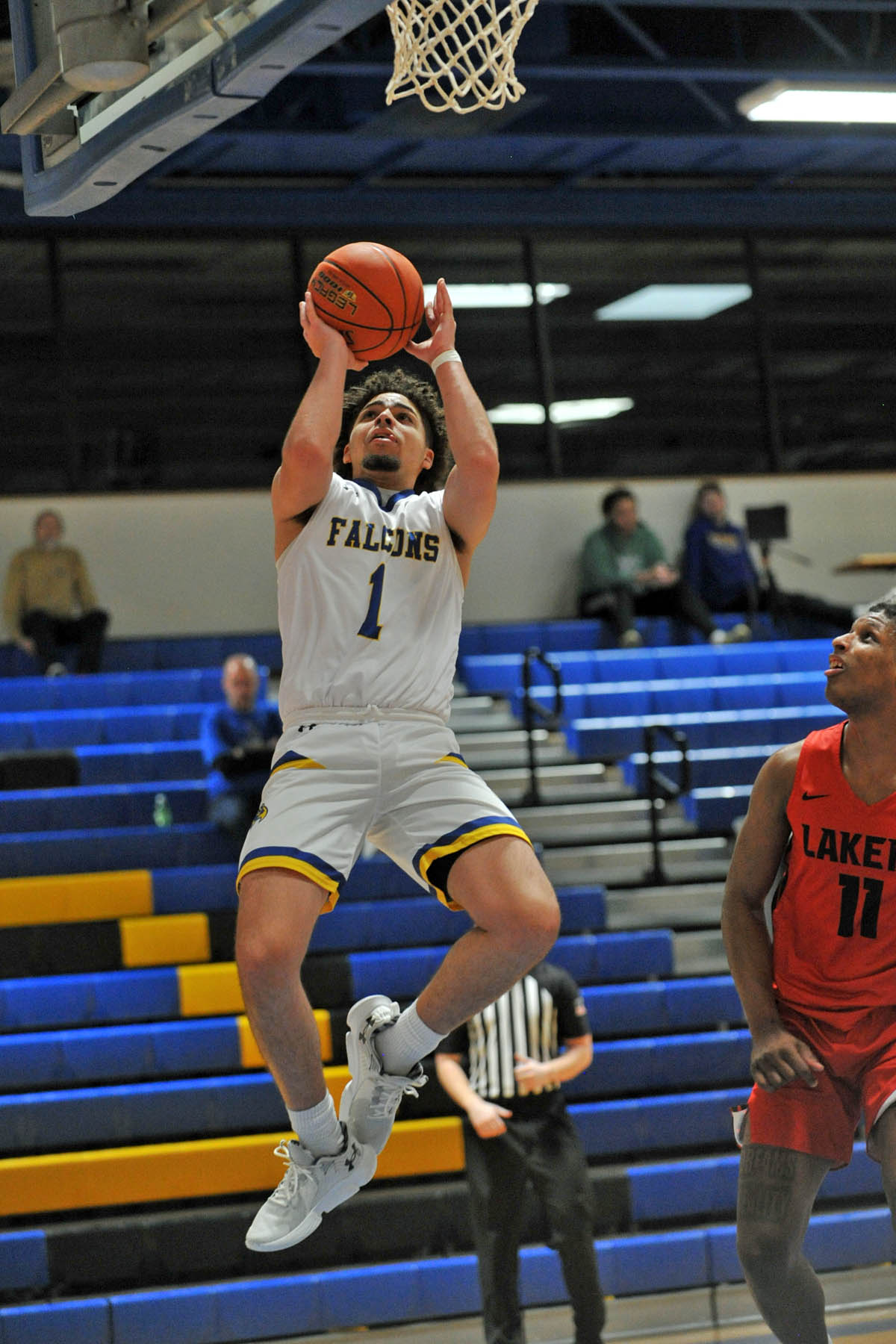 The game was close throughout. After trailing by as much as six in the first half, SIC rallied to take a 32-30 lead into halftime. After the two teams traded baskets to start the second half, the Falcons took the lead at the 15:00 mark and never gave it back thanks to clutch shooting, unselfish passing, tremendous rebounding and poise against the Loggers’ pressure.

Sophomore Noah Curry (Henderson, Ky.) hit 5-of-8 3-pointers and finished with a team-high 22 points to pace the Falcons. Sophomore Amir Spann (Mt. Vernon) added 13 and sophomores Jermarco Burse (Annapolis, Mo.) and Bryce Simpson (St. Louis) both finished with double-doubles. Burse had 10 points and 12 rebounds while Simpson had a big night with 10 points and 17 boards.

The win was a total team effort throughout as everyone who played contributed. Other notable performances included Amari Wales (Owensboro, Ky.) who pumped in 14 points, including 7-of-8 free throws down the stretch and Brandon Anthony (Herrin) who had six points and dished out a game-high eight assists.

“We are starting to come together and play some of our best basketball of the season,” second-year head coach Sam Swinford said. “I’m really proud of our guys. These recent results are a testament to how hard they work each and every day.”

The Falcons’ next home game is Feb. 2 against rival West Kentucky Technical and Community College of Paducah.