SIC ANNOUNCES ENROLLMENT IS UP THIS FALL AT BOARD MEETING 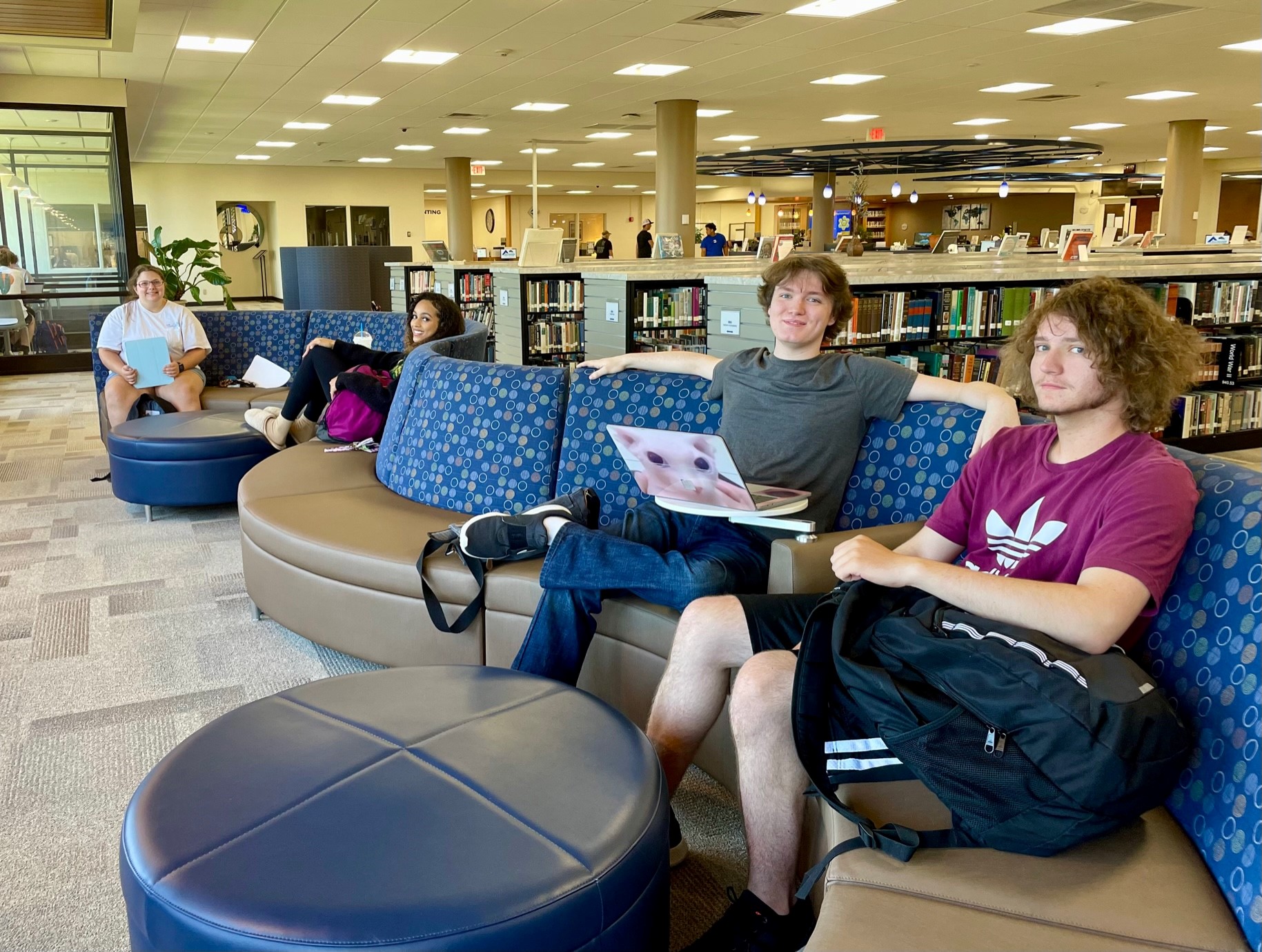 The Southeastern Illinois College Board of Trustees met Aug. 16 at 6 p.m. in the Rodney J. Brenner Board Room on the main campus in Harrisburg. They learned enrollment is up for the fall semester, heard about the early success of the Career and Technical Education (CTE) Afternoon Academy, approved a tentative budget, and reviewed the new website, among other business.

President Dr. Jonah Rice said, “This has been a team effort to keep students on track after they graduate from high school, as well as offer programs that are in demand and that you can’t find anywhere else.”

One such program is the CTE Afternoon Academy.

“The Afternoon Academy is a great idea that collaborates with area high schools to get students training in the trades at an early age and with college credentials,” said board member David Dennison.

Executive Dean of Academic Services Dr. Tyler Billman coordinated the CTE Afternoon Academy effort to bring nearly 30 welding and 30 auto/diesel students to the college in the afternoon to train and earn dual credit.

The board approved a tentative budget. The college ended fiscal year 2022 in the black, but will be red for fiscal year 2023. Part of the projected loss is a combination of projects that could not be completed in 2022, as well as the college’s cost of the Stanford D. Williams Center in Carmi – a CTE construction project. The deficit is projected to be about $2 million.

“While we couldn’t finish some projects last year due to supply delays, the deficit for this fiscal year is expected chiefly due to our portion of funds to build the new technical center, of which the state is contributing $3.5 million plus the generous donation of Stan Williams of over a half-million-dollars,” said Lisa Hite, Chief Financial Officer for the college.

“I’ve already been on it and used it,” said board member Debbie Hughes. “I think it is one of the best websites I’ve used. The team did an outstanding job.”

On Nov. 10, the college will host a Hise Memorial Reception for Col. William C. Hise in the Ella Elizabeth Hise Museum of Regional Art. Works from the Hise mansions in Harrisburg will be on display.

“The Colonel never received a funeral service as he passed during COVID. We want to pay our respects to a man who was so very generous to the college,” said Rice.

Col. Hise left the college with a major estate gift totaling in the millions in addition to the construction of and endowment for the Hise Museum on campus.

The board also approved changes to the SIC Retiree Benefits Program policy to update changes with the new fitness center program, STRETCH Fitness.

In personnel, the board approved the resignation of the Veterans and International Students Advisor, John Corum, and the transfer of High School Recruiter/Dual Credit Coordinator, Rachel Parish, to that position.

They also approved the rehiring of the Title III Learning Enhancement Coordinator, Sonia Yewell; the hiring of the Information Technology Network Administrator, Jeff Frailey; and the hiring of the Assistant to the Associate Dean of Workforce and Community Education, Erin Creamer.

The next meeting of the board will be held Tuesday, Sept. 20, at 6 p.m. in the Rodney J. Brenner Board Room on the Harrisburg campus.