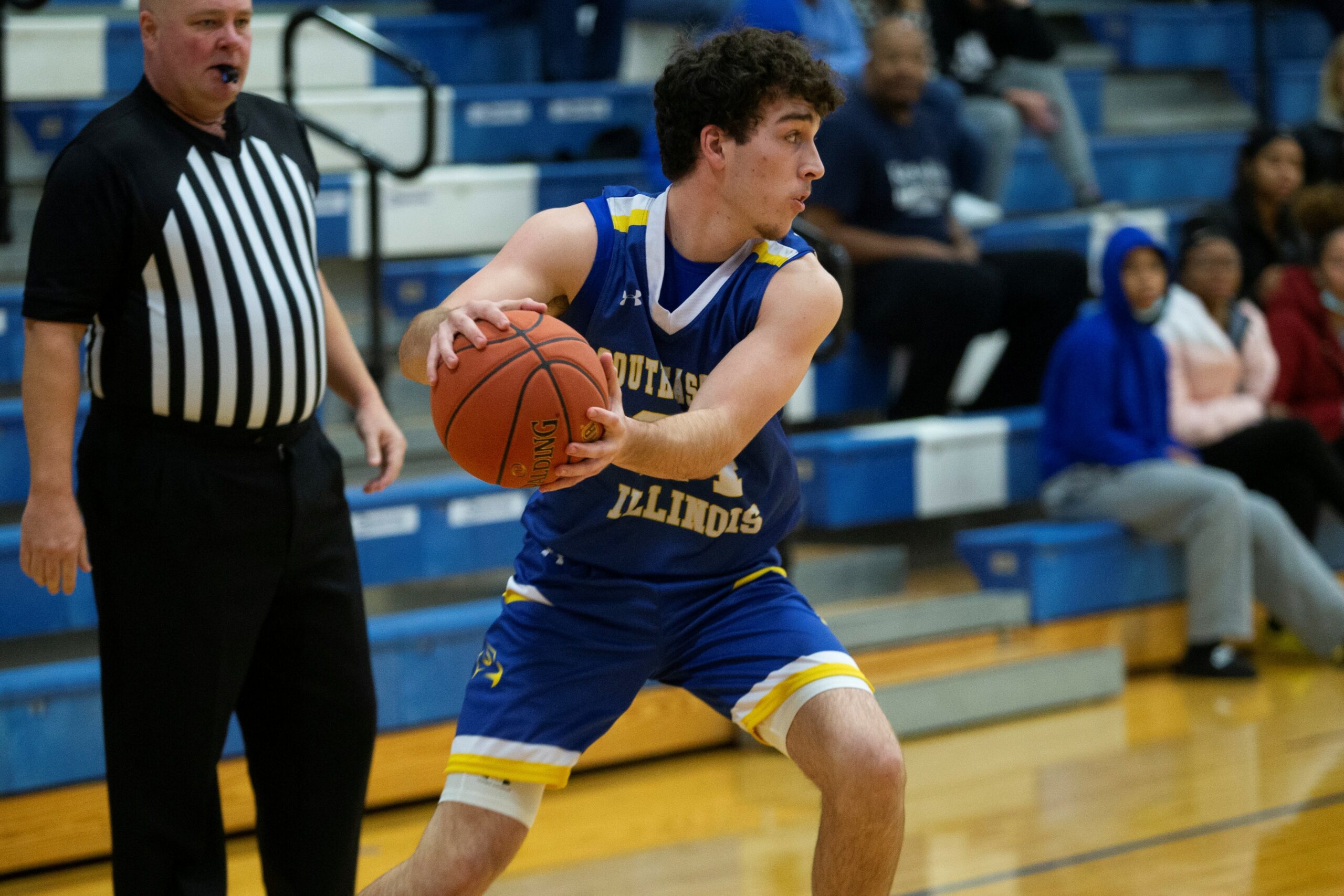 The Falcons started slow and fell behind 35-23 midway through the first half before a timeout by SIC coach Sam Swinford. After the timeout, the Falcons closed the half on a 22-7 run to take a 45-42 lead into halftime and they never trailed again.

In the second half, SIC kept up the momentum and opened up a 68-59 lead with 12 minutes to play before Brescia rallied. The Falcons never trailed after taking a 44-42 lead in the first half and although the host Bearcats cut the Falcons’ lead to 93-90 with under a minute to play, clutch free throws by sophomore Brandon Anthony sealed the win. The free throws capped off a game-high 32-point performance for the second-year player. He added three assists and five steals to lead the way.

“I’m proud of our guys,” SIC second-year head coach Sam Swinford said after the win. “We got contributions from everyone up and down our bench today — both from our 7 returners and our five freshmen who were active today. It took all of us. To come in here to a 4-year institution and open the season on the road was a tough task and our guys responded. I’m excited for this season.”

The win for the Falcons (1-0) comes after a tough preseason slate where the Falcons prepared for the season with tune-ups at Elgin Community College against NJCAA Division I preseason No. 7 Triton and Chicago-area JUCOs McHenry and Waubonsee. SIC also took NAIA Division I varsity power Crowley Ridge College to the wire in a preseason scrimmage.

The Falcons have a busy week ahead with five games in the next seven days against St. Louis Community College (Tuesday), West Kentucky Tech (Wednesday), Lakeland (Friday), Concordia (Saturday) and Kaskaskia (Monday) — all on the road.

The home opener will be Nov. 16 against Greenville University at 7 p.m. in Deaton Gym.